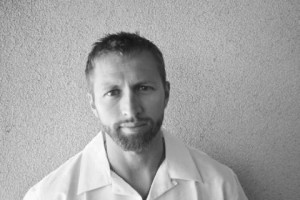 “After reading Pat Conroy the first time I began to understand there was a larger world I could read my way into, and it was like discovering water at the same moment you realize you are dying of thirst.”

Mark Powell is one of my favorite mysteries. I discovered Mark through his novel The Sheltering, published by Pat Conroy’s Story River Books in 2014. I was working as Pat’s assistant at the time, and Pat and I both thought Mark’s manuscript was nothing short of brilliant. Moody, complicated, and deeply disturbing, it rang with the dissonant harmonies of a profound new southern voice. Except it wasn’t new. The Sheltering was Mark’s fourth novel.

“Where’s this guy been all my life?” I remember Pat asking as we sat on his porch discussing this great find. (Nothing thrilled Pat more than stumbling on a terrific new writer.) I wondered the same thing, and the unnerving beauty of The Sheltering haunted me for months.

Then I met Mark. He was in Beaufort for the Pat Conroy at 70 festival, and to say he defied my expectations is a gross understatement. Based on his writing, I’d imagined this intense, brooding character—kind of James Dean meets Al Pacino—but what I encountered, instead, was a lanky sunflower of a guy, with with an easy smile and a sweet disposition. He was back last year for the Pat Conroy Literary Festival, and again, I marveled at the mystery. How did the dark universe of The Sheltering spring from the mind of this affable boy-next-door? 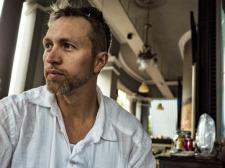 And now comes book #5, Small Treasons. Not only does it deepen that mystery, but it confirms my original opinion that Mark Powell belongs in the pantheon of great southern writers.

Suspense novel . . . political thriller . . . psychological study . . . philosophical treatise . . . theological meditation . . .  Small Treasons is all, and none, of the above. Ron Rash (Serena) calls it a “marvelous novel” about “Americans searching for meaning in a violent, fragmented world.” James Scott (The Kept) says, “Though Powell tackles some of the big questions of our time, this is the story of people, characters who are startlingly real, and the secrets and misunderstandings that keep happiness just out of reach.”

The author has received fellowships from the National Endowment for the Arts and the Breadloaf and Sewanee Writers’ Conferences, was a Fulbright Fellow to Slovakia in 2014, and received the Chaffin Award for contributions to Appalachian literature in 2009. He’s a graduate of the Citadel, the University of South Carolina, and Yale Divinity School – a rare combination that may help account for the breadth and depth of his vision. But as far as I can tell, it’s mostly just a gift. A mystery.

Mark Powell is heading back to Beaufort in August, where he’ll appear in conversation with his fellow Citadel grad and Story River Books author John Warley (A Southern Girl), as part of the Pat Conroy Literary Center’s Visiting Writers Series. I recently had the pleasure of interviewing Mark for this instalment of Porch Talk. As always, he was impeccably nice. 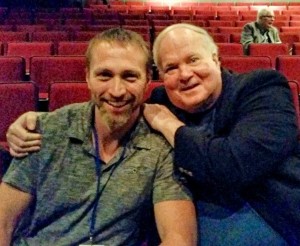 Margaret Evans: Mark, you’ve dedicated your new book to Pat Conroy. What did he mean to you?

Mark Powell: Pat meant far more to me than I could ever convey. When I was in high school, his books opened the door onto a larger world, one that I knew intuitively existed even if I couldn’t find it.

ME: In 2015, you wrote in Lowcountry Weekly, “I read The Lords of Discipline riding back and forth to away basketball games my junior year of high school. A senior had given it to me—he was headed to the Air Force Academy after graduation—saying only, ‘I think you’ll get it.’ I did get it, whatever it was. But more importantly I think it got me. I was a not quite bookish kid living a very unbookish life. But after reading Pat Conroy the first time I began to understand there was a larger world I could read my way into.”

ME: In Small Treasons, your protagonist John Maynard is a small town southern boy turned academic—a scholar of theology who’s now working as a counselor at a liberal arts college in the Georgia mountains. He describes himself as an “over-educated good ol’ boy, a Bible Belt scripture whiz gone rogue.” You grew up in a small southern town, have a graduate degree from Harvard Divinity School, and teach English at Appalachian State University. Is the character of John Maynard based on anybody you know? (Ha!)

MP: I’m laughing here too. Certainly there are parts of me in all my characters, but particularly in John Maynard. We share a lot of backstory. Obviously, John has done things in his past I haven’t. But he is riddled by guilt and to some degree I suppose I am too. Not for what I’ve done; it’s a collective guilt, I think, part of being an angry but ultimately apathetic American during the Bush years. That may not be logical but it is certainly there.

ME: In Small Treasons, you show us a world of small towns in economic decline . . . failing Evangelical mega-churches . . .  kind-hearted, God-fearing conservatives . . . functioning drug addicts. Some readers might recognize these people as “deplorables” – the white working class and rural poor who’ve been endlessly analyzed since the election of Donald Trump. Care to comment?

MP: What’s happening to our country is scary, but it’s not surprising. I find the racism, the misogyny, the fear generated by Trump and so much of the far-right to be disgusting. It is America—which I love dearly, and still believe in—at our absolute worse. But you can’t denigrate people with impunity, mocking their culture, shipping their jobs overseas, and not expect an angry reaction.

ME: Your portrait of a young Atlanta man who becomes radicalized by jihadist ideology is particularly riveting. You bring the same sensitivity, complexity, and unflinching humanity to this portrait as you do to your portraits of rural Americans, progressive academics, suburban housewives, etc. I assume you know plenty of those, but how did you research the character of the young jihadist-in-training?

MP: Thank you for saying that. I read a great deal about the process of radicalization. But more than that I tried to think about what it feels like when you’re young and more than anything you want to matter, to know that you belong to something larger. The heat of that fire makes life malleable, and it isn’t difficult for a young person, particularly a young man in a culture he is coming to understand as corrupt, to be himself corrupted. I imagine the same desire that leads to heroic acts of idealism is at base not that different from what animates a suicide bomber.

ME: Ron Rash calls your book “a beautifully written, disturbing portrait of Americans searching for meaning in a violent, fragmented world.” It occurs to me that many of your characters seem to find spiritual meaning – “clarity,” they often call it – in pushing themselves to physical extremes. They are runners and fighters and weight lifters . . . You’re an athlete, yourself. Do you see this extreme physical exertion as a kind of religion?

MP: I think extreme exercise has always been a form of spiritual practice for me, even before I had any conception of such. So much of the world seeks to disembody us—online personas, screens, talking to each other without ever actually “talking.” But we live in bodies—thank God—and one of the things that reminds us of such, that grounds us, is feeling the body pushed to its limits. If running for hours or lifting weights to exhaustion isn’t a form of prayer I suppose I don’t know what is. 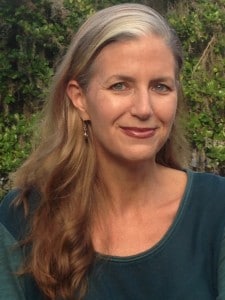 Here is an excerpt from Mark Powell’s previously unpublished essay “The Extended Hand,” appearing in the forthcoming anthology Our Prince of Scribes: Writers Remember Pat Conroy, edited by Nicole Seitz and Jonathan Haupt:

I came to know Pat Conroy through his work: it is, of course, the truest way to know a writer. . . . [A]fter reading Pat Conroy the first time I began to understand there was a larger world I could read my way into, and it was like discovering water at the same moment you realize you are dying of thirst.

Like Pat, I wound up at the Citadel, an English major and an athlete—I ran cross-country and track. And like Pat, I think, I was restless without ever knowing exactly why. But I knew where to look for answers. Over the next four years, I read my way through all of Pat’s books. Along with Faulkner and O’Connor and McCarthy, I felt initiated into a larger world, one new to me, but completely familiar. Which is, I think, a way of saying I came home through the work of Pat and a few others.

I also fell in love. Nothing calls like to like as powerfully as books—there is, perhaps, no stronger attractor—so in hindsight I shouldn’t have been surprised when during my knob year I received a letter from a girl with whom I’d gone to high school. She had just read The Lords of Discipline, and she hoped I was okay. She hoped—and I used the line later in my fourth novel, The Sheltering, the novel for which Pat wrote an introduction with all his trademark generosity and eloquence—she hoped I hadn’t turned mean. Probably nothing in life has kept me from “turning mean” more than that letter. We married a few years later, and as I write this we are days away from our seventeenth anniversary. We have two children, and together we have read all of Pat’s books, not only because they are beautiful, which they certainly are, but because they are part of the fabric out of which we have made our life.

When I met Pat years later I experienced a sort of existential stage fright. It’s dangerous to meet your heroes. We were at the Decatur Book Festival, and The Sheltering had just been released. I remember walking through the Georgia heat to the restaurant where we were to have dinner, excited, grateful, and more than a little nervous. Fortunately, Pat turned out to be as much a gentlemen in life as he is on the page. He turned out, in fact, to be one of the kindest human beings I’ve ever had the good fortune to meet.

Reading Pat, and later knowing him, has been a life-class not only in how to write but how to live. To be loyal, to be honest, to be kind. To love the South while refusing to accept its failings and shortcomings. To pay forward what cannot possibly be paid back. To write about your family, to love your family. To look directly at all the world’s horror, to face it honestly, but never to turn mean. That’s what knowing Pat and reading Pat taught me, and is teaching me still. 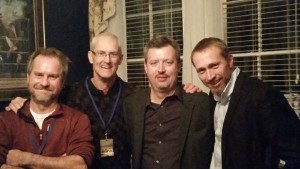