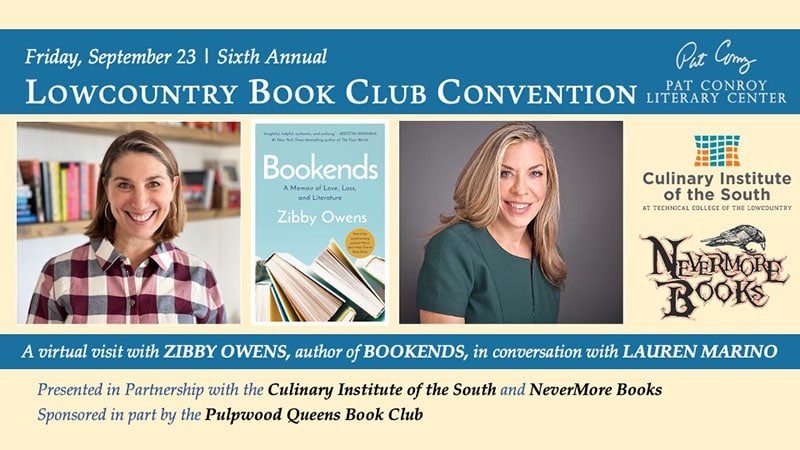 As a prologue to the 6th annual Lowcountry Book Club Convention, on Friday, September 23, at 6:00 p.m., the nonprofit Pat Conroy Literary Center will host a special live-streamed appearance by podcaster and publisher Zibby Owens, creator of Moms Don’t Have Time to Read Books and author of Bookends: A Memoir of Love, Loss, and Literature, in conversation with Lauren Marino, editorial director of Hachette Books and author of Bookish Broads: Women Who Wrote Themselves into History.

The nonprofit Pat Conroy Literary Center will host the 6th annual Lowcountry Book Club Convention on Saturday, September 24, at the Culinary Institute of the South in Bluffton, SC. Ideal for book club members, those interested in joining a book club, or anyone who simply loves the joy of reading, the Lowcountry Book Club Convention is presented in partnership with NeverMore Books and the Technical College of the Lowcountry, and made possible by the generous support of the Pulpwood Queens Books Club, the largest book club in the U.S.

A gourmet lunch will be provided by Catering by Debbi Covington. Books by presenting authors will be available for sale and signing. The Culinary Institute of the South will also be offering guided tours of their facility for the convention attendees. The registration fee includes all-day access to all three author events and a tour.

As a prologue to Saturday’s in-person events, on Friday, September 23, at 6:00 p.m., the Conroy Center will also host a special live-streamed appearance by podcaster and publisher Zibby Owens, creator of Moms Don’t Have Time to Read Books and author of Bookends: A Memoir of Love, Loss, and Literature, in conversation with Lauren Marino, editorial director of Hachette Books and author of Bookish Broads: Women Who Wrote Themselves into History. This free event will be held on Zoom and also live-streamed on the Conroy Center’s Facebook page.

Friday, September 23 – Virtual Author Visit
6:00-7:00 p.m. Zibby Owens, author of Bookends, in conversation with Lauren Marino, author of Bookish Broads. Register in advance by September 22 to attend on Zoom, or watch live or thereafter on the Conroy Center’s Facebook page.

3:00-3:30 p.m. Book signing and tour of the Culinary Institute of the South (second tour option)

About Our Presenters (In Order of Appearance) 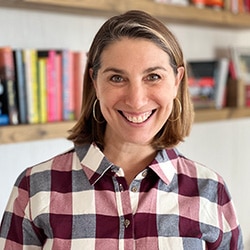 Author of the newly published Bookends: A Memoir of Love, Loss, and Literature, Zibby Owens is an author, podcaster, publisher, CEO, and mother of four. She is the founder of Zibby Owens Media, a privately-held media company designed to help busy people live their best lives by connecting to books and each other. The three divisions include Zibby Books, a publishing house for fiction and memoir, Zcast, a podcast network powered by Acast including Zibby’s award-winning podcast Moms Don’t Have Time to Read Books, and Moms Don’t Have Time To, a new content and community site including Zibby’s Virtual Book Club, events, and the former Moms Don’t Have Time to Write.

She is a regular columnist for Good Morning America and a frequent guest on morning news shows recommending books. Zibby is also editor of two anthologies (Moms Don’t Have Time to Have Kids and Moms Don’t Have Time To: A Quarantine Anthology) and author of the children’s book Princess Charming. She regularly pens personal essays, starting with her first one in Seventeen magazine in 1992.

Zibby lives in New York with her husband, Kyle Owens of Morning Moon Productions, and her four children. For more information, visit zibbyowens.com and follow her on Instagram @zibbyowens.

“Zibby Owens, host of the podcast Moms Don’t Have Time to Read Books and cofounder of Zibby Books, chronicles her path from shy, bookish child to busy mom and media company CEO in this zippy debut…Owens’s infectious enthusiasm radiates with charm, as do her earnest reflections on motherhood. Bibliophiles will breeze through this.”—Publishers Weekly 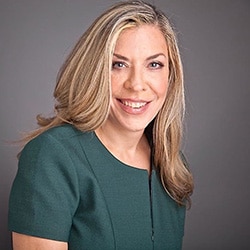 Lauren Marino is the editorial director of Hachette Books. Prior to that she was VP and editorial director at Gotham Books, where she was the founding editor in 2001, publishing multiple bestsellers in a variety of non-fiction categories.

She has also worked at Broadway Books, a division of Random House, and Hyperion, where she was responsible for overseeing the Miramax imprint. Lauren is the author of Bookish Broads: Women Who Wrote Themselves into History and What Would Dolly Do? How to Be a Diamond in a Rhinestone World.

“Marino’s chronicle of women wordsmiths invites readers to better appreciate the influence of past writers on their modern counterparts and to embrace a more inclusive, global view of the female experience…Bookish Broads illuminates the transformative legacy of women writers and invites us to join a story still unfolding.”―Charleston Post and Courier 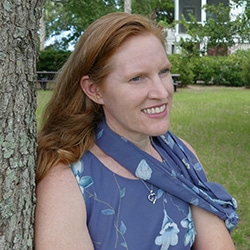 Mystery novelist Dorothy St. James is the author of the Southern Chocolate Shop Mystery Series, the White House Gardener Mystery Series, and the library-inspired Beloved Book Room Series, which continues this fall with A Book Club to Die For. As Dorothy McFalls, she is also a romance and suspense novelist. Born in New York and raised in South Carolina, Dorothy is a former Folly Beach beach bum, and now is a hectic suburb mom, living in Mt. Pleasant.

With an undergraduate degree in wildlife biology and a graduate degree in public administration and urban planning, she put her educational experience to use working in all branches and all levels of government including local, regional, state, and federal. She even spent time during college working for a non-profit environmental watchdog organization. In 2001, she took a leap of faith and pursued her dream of writing fiction full-time. She has since sold more than 200,000 copies of her books worldwide.

About A Book Club to Die For: “When librarian Trudell Becket is invited to speak to the Cypress Arete Society, one of her town’s oldest and most exclusive clubs, her friend Flossie invites herself along. Flossie has been on the book club’s waiting list for five years, and she’s determined to find out why she’s never received an invitation to join. But not long after Tru and Flossie arrive for the meeting, they’re shocked to find the club’s president, Rebecca White, dead in the kitchen. She’d been particularly unkind to the book club’s host for the evening, who also happens to be the mother of Detective Jace Bailey, Tru’s boyfriend. And Rebecca had made it clear that she didn’t think Flossie was book club material. With her boyfriend and one of her best friends wrapped up in a murder, Tru has to work fast to figure out who cut Rebecca’s story short before the killer takes another victim out of circulation.” 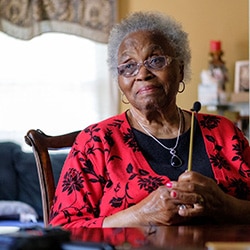 Gullah Geechee Home Cooking, written by Emily Meggett, the matriarch of Edisto Island, is the preeminent Gullah cookbook. At 89 years old, and with more than 50 grandchildren and great-grandchildren, Ms. Meggett is a respected elder in the Gullah community of South Carolina. She has lived on the island all her life, and even at her age, still cooks for hundreds of people out of her hallowed home kitchen.

Her house is a place of pilgrimage for anyone with an interest in Gullah Geechee food. She has been featured on television and in print by the New York Times, PBS, the Food Network, Bon Appétit, Eater, and NPR. She is also a member of the family who was raised in the Point of Pines cabin, a 19th-century slave cabin from Edisto Island that has been relocated to Washington, DC, as the central exhibit of the Smithsonian National Museum of African American History and Culture. www.motheroftheisland.com

“The role Meggett plays in her community is one countless Black women share but are rarely celebrated for. Her story and recipes should easily be heralded alongside those of some of history’s greatest culinarians, like Edna Lewis, Leah Chase, and Julia Child. Meggett’s food isn’t fussy—it invites home cooks from all backgrounds into the kitchen to learn how to cook fresh and flavorful dishes without the stress of perfection we often see presented on social media and television. Her love for food and her community is an essential ingredient that makes her cooking, and Gullah food as a whole, so special.”―Saveur 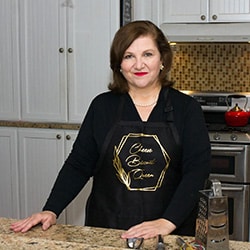 Mary Martha Greene is a South Carolina native and government relations consultant who perfected her entertaining skills for making friends and engaging clients during her forty-year career. Now as a volunteer, she teaches cooking skills to at-risk and homeless youth. In The Cheese Biscuit Queen Tells All, Greene pairs more than one hundred tried-and-true recipes for dishes like country ham scones, Frogmore stew dip, shrimp and corn pie, and lemon pound cake with stories from her corner of the South. The book opens with the famous cheese biscuit recipe (complete with family secrets), and the pages that follow brim with fabulous characters, antic-filled anecdotes, and recipes so good they might just call for a change in State House rules (true story). With new ideas for the consummate entertainer, helpful tips for less experienced cooks, and stories to make even the grumpiest legislator laugh, The Cheese Biscuit Queen Tells All has a place in every kitchen.

“Whether it’s on the front porch or at the kitchen table, Southerners seem to relish a good story―almost as much as our beloved biscuits. Although packed with mouth-watering Southern recipes, The Cheese Biscuit Queen Tells All is far more than a cookbook. It is a lovely collection of food memories that embody the best in how we connect and communicate as humans, by sharing and telling stories. You’ll come for classic Southern recipes and stay for the tales.”―Virginia Willis, chef and James Beard Award-winning cookbook author 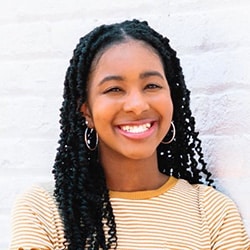 Laila Sabreen is a writer of young adult contemporary fiction. Her first novel is You Truly Assumed, a compelling and thought-provoking debut in which, after a terrorist attack rocks the country and anti-Islamic sentiment stirs, three Black Muslim girls create a space where they can shatter assumptions and share truths.

Raised in the Washington, DC, area, Laila is a senior at Emory University, majoring in English and Sociology. Her love of writing began as a love of reading when she fell in love with the Angelina Ballerina series. When she isn’t writing, she can be found working on essays, creating playlists that are way too long, and watching This Is Us.

“A triumphant exploration of sisterhood and standing up for oneself… Sabreen paints a beautiful coming-of-age tale as each girl must navigate relationships, school, and friendships while also moving through the world as a Black Muslim… This is an endearing story of friendship and perseverance.” —Booklist