ABOUT SOUTHERN WRITERS ON WRITING
The South is often misunderstood on the national stage, characterized by its struggles with poverty, education, and racism, yet the region has yielded an abundance of undeniably great literature. In Southern Writers on Writing, Susan Cushman collects twenty-six writers from across the South whose work celebrates southern culture and shapes the landscape of contemporary southern literature. Contributors hail from Mississippi, Alabama, Louisiana, Tennessee, Georgia, South Carolina, North Carolina, Virginia, and Florida.

“Insightful, inspiring, and sometimes contentious, Southern Writers on Writing is as complicated and diverse as the South itself. This collection is required reading for anyone who hopes to understand our fraught and blessed region.”–Beth Ann Fennelly, Poet Laureate of Mississippi

About the participating authors:

Cassandra King Conroy is the award-winning author of five novels, most recently Moonrise. She was selected as a 2017 Alabama Humanities Foundation Fellow. She is honorary chair of the nonprofit Pat Conroy Literary Center established in honor of her late husband. 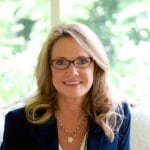 Patti Callahan Henry is a New York Times bestselling author whose novels include, most recently, The Bookshop at Water’s End and Becoming Mrs. Lewis. She has been short-listed for the Townsend Prize for Fiction.

Harrison Scott Key is the author of the memoirs The World’s Largest Man (winner of the 2016 Thurber Prize in American Humor) and Once I Was Famous. He teaches writing at the Savannah College of Art and Design. 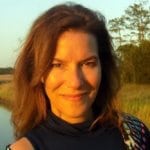 Nicole Seitz is the author of seven novels, most recently The Cage-maker. She is co-editor of the anthology Our Prince of Scribes: Writers Remember Pat Conroy. Seitz lives in Charleston.