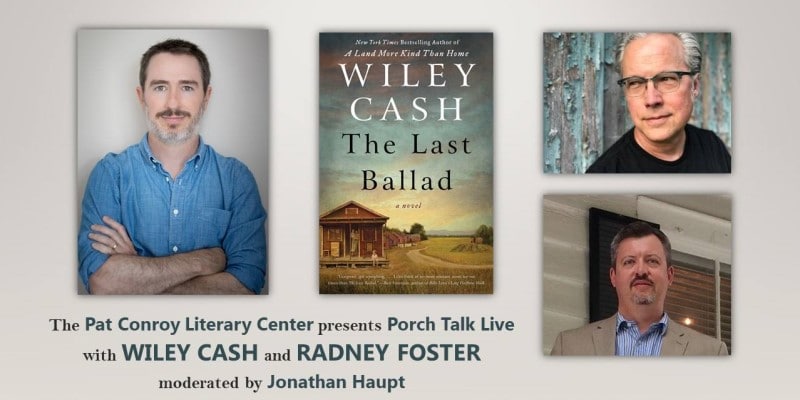 Porch Talk Live at the Southern Festival of Books

“Wiley Cash reveals the dignity and humanity of people asking for a fair shot in an unfair world. Fraught with the turmoil of social change, The Last Ballad moves inexorably toward a devastating moment of reckoning. A timely and topical portrait of a community in crisis.”–Christina Baker Kline, author of Orphan Train

“Inspired by the events of an actual textile-mill strike in 1929, Cash creates a vivid picture of one woman’s desperation. . . . A heartbreaking and beautifully written look at the real people involved in the labor movement.”–Kirkus Reviews

About our Porch Talk guests: 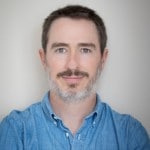 Wiley Cash is the New York Times best selling author of the novels The Last Ballad, A Land More Kind Than Home, and This Dark Road to Mercy. He currently serves as the writer-in-residence at the University of North Carolina-Asheville and teaches in the Mountainview Low-Residency MFA. He lives with his wife and two young daughters in Wilmington, North Carolina. www.wileycash.com 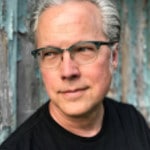 Radney Foster is a lengedary singer and songwriter who has found commercial success and critical acclaim due in large part to his literary approach to country music. Known for penning dozens of Top Forty, Top Twenty, Top Ten hits for both himself and Nashville’s elite, he felt driven to tell stories longer than the three minutes allowed for radio. His new book For You to See the Stars is a testament to his talent, showing the diversity of his voice, bringing lyrical prose to the page, and presenting Radney Foster to a whole new audience. The CD of the same title, includes the ten songs that inspired these stories. www.radneyfoster.com