Our Prince of Scribes at 2018 Georgia Writers Hall of Fame

The 2018 Georgia Writers Hall of Fame events will begin Sunday, November 4, with a 3:00 p.m. panel discussion of a new book on the late novelist and 2004 Hall of Fame honoree Pat Conroy. Our Prince of Scribes: Writers Remember Pat Conroy is a collection of remembrances from 67 fellow writers he inspired, befriended, and championed, including Grammy winners, National Book Award winners, James Beard Foundation winners, and New York Times best-sellers, along with a cadre of friends and family members. The collection was published by the University of Georgia Press with the generous support of the Georgia Writers Hall of Fame.

For additional details about this year’s induction events and honors, please visit: https://georgiawritershalloffame.org/events. 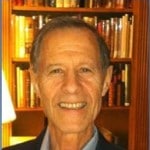 Cliff Graubart was born and raised in New York City. He attended the University of Toledo and is a graduate of Georgia State University. He boxed in the Golden Gloves, sold furs in Manhattan in his father’s store, and once parachuted out of a perfectly good airplane in celebration of his fortieth birthday—all material for his short stories, which have appeared in the Atlanta Journal magazine, GOODlife magazine, Atlanta magazine, and the Atlanta Gazette. Graubart is owner of the Old New York Book Shop in Atlanta, where he lives with his wife, Cynthia, and their two children. He is the author of The Curious Vision of Sammy Levitt and Other Stories. 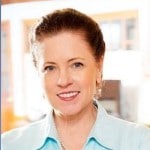 Cynthia Graubart, a former producer for the Food Network, is coauthor, with Nathalie Dupree, of Mastering the Art of Southern Cooking, which won a James Beard Book Award for American Cooking. Among Graubart’s other books are Slow Cooking for Two, Sunday Suppers, and Chicken in the Savor the South series.

Terry Kay is the author of seventeen books. Three of his novels have been produced as Hallmark Hall of Fame movies—To Dance with the White Dog, The Runaway, and The Valley of Light. His books have been published in more than twenty foreign languages, with To Dance with the White Dog selling two million copies in Japan. Kay is an essayist and regional Emmy-winning screenwriter as well as a novelist, and his work has appeared in numerous magazines and anthologies. A 2006 inductee into the Georgia Writers Hall of Fame and a 2009 recipient of the Governor’s Award in the Humanities, Kay was further honored in 2015 by the Atlanta Writers Club’s designation of its annual fiction award as the Terry Kay Prize for Fiction. In 2011 Kay was presented the Lifetime Achievement Award by the Georgia Writers Association. He has received the Georgia Author of the Year award four times and in 2004 was presented with the Townsend Prize. In 2006 he received the Appalachian Heritage Writer’s Award from Shepherd University. In 2007 he received the Brooke Baker Award from Dunwoody Library honoring his career as a writer and the Stanley W. Lindberg Award given for an individual’s significant contribution to the preservation and celebration of Georgia’s literary heritage.