Explore best-selling author Pat Conroy’s reverence for the art of teaching and his own legacy as a teacher through informative profiles of representative teachers from Conroy’s formative years as a student at Beaufort High School and through profiles of Conroy’s own students at BHS and on Daufuskie Island. The class will broaden our appreciation for the beloved writer’s great love of teaching and of his adopted home in the South Carolina lowcountry. Presented by Conroy Center executive director Jonathan Haupt and Conroy’s BHS classmate and fellow novelist Stephanie Austin Edwards.

This two-hour presentation is only open to Osher Lifelong Learning Institute (OLLI) members and requires advance registration through https://olli.uscb.edu. Seating is limited. 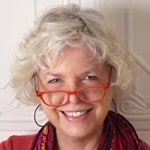 Stephanie Austin Edwards, a former dancer and costumer, is a novelist, writing teacher, and author consultant. Her twenty-two-year career in theater began in San Diego and moved her to New York City. She worked on Broadway and in film and on television with such talents as Liza Minnelli, Michael Jackson, Lauren Bacall, Woody Allen, Martin Scorsese, Hal Prince, Stephen Sondheim, Bill Cosby, and Michael Bennett. Later, she returned to her roots in the South Carolina lowcountry where she now facilitates writers’ groups, teaches writing workshops, and volunteers at the Pat Conroy Literary Center. Her debut novel, What We Set in Motion, won a Best Submission Award at the Atlanta Writer’s Club Conference. A Beaufort High School classmate of Pat Conroy’s, Stephanie is also a contributing writer to Our Prince of Scribes: Writers Remember Pat Conroy.