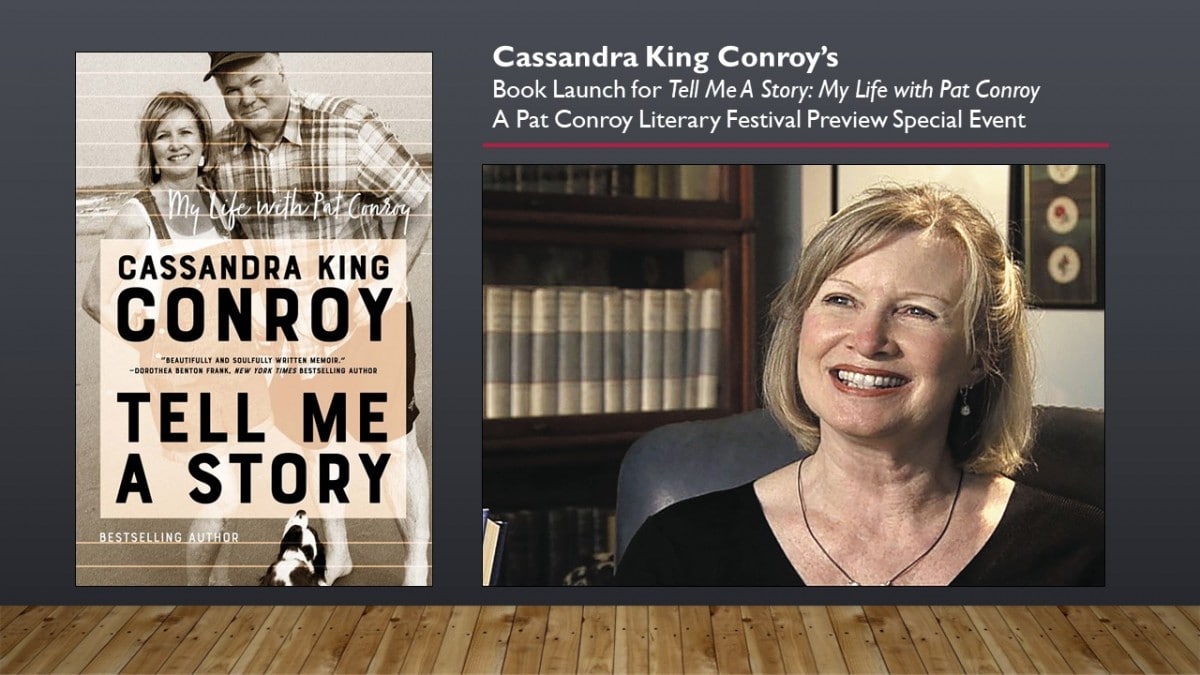 At 7:00 p.m., FREE & OPEN TO THE PUBLIC, Cassandra King Conroy will be interviewed by award-winning journalist David Lauderdale on stage at the USCB Center for the Arts. A book signing will follow their discussion, with refreshments served. Royalties from book sales at this launch event benefit our nonprofit Pat Conroy Literary Center.

We are sorry but the tickets for the pre-release cocktail party  have been SOLD OUT.

A pre-release cocktail party will be hosted from 5:30-6:30 p.m. at the home of Dr. Lucius and Mrs. Darryl Laffitte on the historic Point. $45/person, $75/couple, includes one signed copy of Tell Me a Story and VIP seating during the 7:00 program. Limited tickets available through www.uscbcenterforthearts.com

About TELL ME A STORY

Cassandra King was leading a quiet life as a professor, divorced “Sunday wife” of a preacher, and debut novelist when she met Pat Conroy. Their friendship bloomed into a tentative, long-distance relationship. Pat and Cassandra ultimately married, partly because Pat hated the commute from coastal South Carolina to her native Alabama. It was a union that would last eighteen years, until the beloved literary icon’s death from pancreatic cancer in 2016.

In this poignant, intimate memoir, the woman he called King Ray looks back at her love affair with a natural-born storyteller whose lust for life was fueled by a passion for literature, food, and the Carolina Lowcountry that was his home. As she reflects on their relationship and the eighteen years they spent together, cut short by Pat’s passing at seventy, Cassandra reveals how the marshlands of the South Carolina Lowcountry ultimately cast their spell on her, too, and how she came to understand the convivial, generous, funny, and wounded flesh-and-blood man beneath the legend—her husband, the original Prince of Tides.

Praise for FOR TELL ME A STORY

“You’ll read this touching memoir through tears of both laughter and sorrow. By turns lyrical and down-home, Cassandra King Conroy writes straight from the heart about the agony of loss, even while illuminating the joy of loving and being loved – timelessly.”–Sandra Brown, #1 New York Times bestselling author of Outfox and Tailspin

“Who wouldn’t want to know what it was like to be married to Pat Conroy, one of the greatest writers to ever spring forth from the Lowcountry of South Carolina? Cassandra, his widow, takes you inside their deep and abiding love in this beautifully and soulfully written memoir.”–Dorothea Benton Frank, New York Times bestselling author)

“…through this wonderful memoir, Cassandra King Conroy has enriched our sense of [Pat Conroy] by sharing their life together. Humorous as well as deeply moving, Tell Me a Story is a triumph.”–Ron Rash, New York Times bestselling author of Serena

“Penned with a profound sense of love, keen sense of humor, and great, great regret, Cassandra King [Conroy] allows us inside the most personal things, a love, with a man who truly was larger than life.”–Rick Bragg, Pulitzer Prize winner and bestselling author of All Over But the Shoutin’ 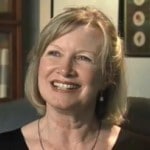 Cassandra King Conroy is a best-selling novelist whose fiction has won the hearts of readers everywhere, especially in the American south. The Same Sweet Girls was the national number one Booksense Selection, and spent several weeks on both the New York Times and USA Today bestseller lists. Both The Sunday Wife and The Same Sweet Girls were nominated for Southern Independent Booksellers Association’s book of the year award. A fourth novel, Queen of Broken Hearts, set in King’s home state of Alabama became a Literary Guild and Book-of-the-Month Club Selection as well as a SIBA bestseller. The fifth novel, Moonrise, was a SIBA Okra Pick and a Southern Booksellers bestseller, as was her book of non-fiction, The Same Sweet Girls Guide to Life. Most recently, King has been writing for Coastal Living and Southern Living. Her upcoming memoir, Tell Me a Story: My Life with Pat Conroy, will be released from William Morrow in October 2019 at the fourth annual Pat Conroy Literary Festival. She resides in Beaufort, where she is the honorary chair of the Pat Conroy Literary Center. www.cassandrakingconroy.com